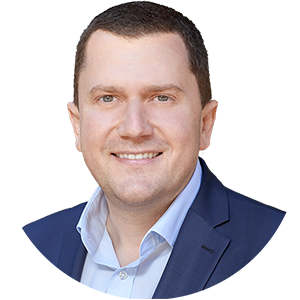 Stanislav Vladimirov was born on December 30, 1978 in the town of Pernik. He graduated from the „Simeon Radev“ High School with a degree in English. He graduated from the University of National and World Economy with a bachelor’s degree in Business Administration and a master’s degree in Marketing. He worked in the field of finance and banking. Stanislav Vladimirov was Deputy Mayor of Pernik Municipality for Health, Social Affairs and Security. In the parliamentary elections held on 12.05.2013, a Member of Parliament he was elected in the 42nd National Assembly. Member of the Committee on Children, Youth and Sports, Committee on Human Rights and Citizens’ Complaints, Committee on Investment Design. In March 2017, he was elected a Member of Parliament in the 44th National Assembly. In the local elections in 2019 he was elected for mayor of Pernik municipality.