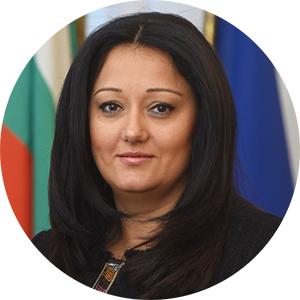 Lilyana Pavlova held a number of state positions both in the government and in the National Assembly. She has been part of the Bulgarian government since 2009, as Deputy Minister, two terms as Minister of Regional Development and Public Works (2011-2013 and 2014-2017) and is the first woman to hold this post in Bulgaria.