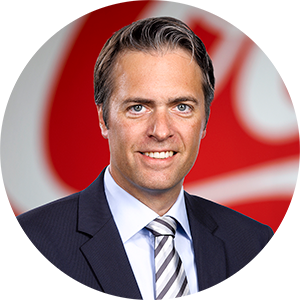 Juerg Burkhalter joins Coca-Cola Hellenic Bottling Company Switzerland in 2005 in different commercial roles before taking over the role of Sales Director in 2013. In 2018 he is appointed General Manager for Coca-Cola HBC Bulgaria after being Sales Director for Coca-Cola HBC Serbia & Montenegro for two years. He holds a Master’s Degree from the University of St. Gallen in Switzerland. He is married, with 4 children.