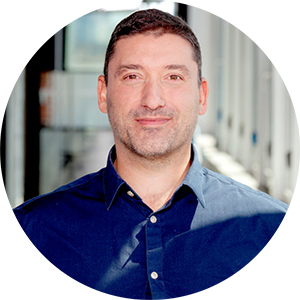 Passionate about and committed to impactful entrepreneurship based on deep tech & innovation in the area of visual content, trust & safety and digital healthcare. Pioneer in the area of image recognition platforms as a service and thermography AI. Georgi Kadrev is co-founder and CEO of Imagga & Kelvin Health; In 2008, while studying in the Master’s program in “Technological Entrepreneurship” at Sofia University, Georgi began working on the Imagga project, which later grew into a technology leader in the field of image recognition based on artificial intelligence worldwide. Imagga is recognized as a “Global Innovator in the field of image analysis” for 2016 and by the International Data Corporation (IDC). In 2013 Georgi is awarded as one of the “30 under 30” of Forbes Bulgaria. During the Covid-19 pandemic, in March 2020, Geprgi co-founded Kelvin Health, an artificial intelligence thermal imaging company that has set itself the ambitious goal of making screening and monitoring of a number of health conditions and diseases accessible and harmless. This will allow mass prevention of complications and prevention to detect potentially unsuspected health problems.