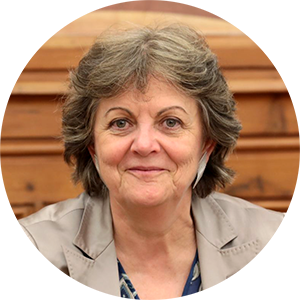 European Commissioner for Cohesion and Reforms

Elisa Ferreira is the European Commissioner for Cohesion and Reforms (1 December 2019 onwards). She is assuring support for regions most affected by digital and climate transitions, including through the Just Transition Fund. Her team is working with co-legislators to establish a legislative framework for Cohesion Funds in the long-term EU budget; supporting regions and authorities in preparing their programmes, in line with their specific needs and the EU’s common objectives. She is Working with Member States to ensure full and effective use of EU funds and oversight of expenditure and with co-legislators towards a timely agreement on the Reform Support Programme and the Budgetary Instrument for Convergence and Competitiveness in the euro area and subsequently ensuring their full implementation.

Elisa Ferreira was Vice-Governor of the Bank of Portugal (‘Banco de Portugal’). She joined the bank in June 2016, becoming ViceGovernor in September 2017. During her tenure, she was Portugal’s representative in the Supervisory Board of the Single Supervisory Mechanism. Between 2004 and 2016 she was a Member of the European Parliament. Throughout her mandate, she was the coordinator for the Group of Socialists and Democrats in the EP’s Economic and Monetary (ECON) Committee, and was rapporteur, co-rapporteur or shadow rapporteur of many key legislative files. She was a member of the Portuguese National Parliament between 2002 and 2004. Elisa Ferreira was Portugal’s Minister for Planning (responsible for the Portuguese EU Multiannual Framework for regional policy) between 1999 and 2002. She was Portugal’s Minister for the Environment from 1995 to 1999. Between 1992 and 1994 she was Executive Vice-President of the Porto Industrial Association. Before that, she worked at Portugal’s Northern Region Coordination Commission, a central government regional development institution of which she was the Vice-President from 1988 until 1992; in parallel, she was also a member of the Board of the Instituto Nacional de Estatística (Statistics Portugal). Elisa Ferreira has a degree in Economics from the University of Porto, and a Master’s Degree (1981) and a PhD (1985) from the University of Reading, in the UK. She is a professor at the Faculty of Economics of the University of Porto (on leave of absence).